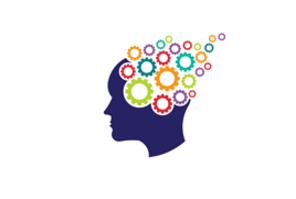 Panic disorder is where you have recurring and regular panic attacks, often for no apparent reason.
Everyone experiences feelings of anxiety and panic at certain times during their lifetime. It's a natural response to stressful or dangerous situations. However, for someone with panic disorder, feelings of anxiety, stress and panic occur regularly and at any time.

Anxiety is a feeling of unease. It can range from mild to severe and can include feelings of worry and fear.

There are several conditions that can cause severe anxiety including:

A panic attack occurs when your body experiences a rush of intense psychological (mental) and physical symptoms.

You may experience an overwhelming sense of fear, apprehension and anxiety. As well as these feelings, you may also have physical symptoms such as:

The number of panic attacks you have will depend on how severe your condition is. Some people may have one or two attacks each month, while others may have several attacks a week.

Panic attacks can be very frightening and intense, but they're not dangerous. An attack won't cause you any physical harm, and it's unlikely that you'll be admitted to hospital if you've had a panic attack.

The symptoms of a panic attack can be very frightening and distressing.

Symptoms tend to occur suddenly, without warning and often for no apparent reason.
As well as overwhelming feelings of anxiety, a panic attack can also cause a variety of other symptoms, including:

The physical symptoms of a panic attack are unpleasant, and they can also be accompanied by thoughts of fear and terror. For this reason, people with panic disorder start to fear the next attack, which creates a cycle of living in ‘fear of fear’ and adds to the sense of panic. Sometimes, the symptoms of a panic attack can be so intense they can make you feel like you're having a heart attack.

However, it's important to be aware that symptoms such as a racing heartbeat and shortness of breath won't result in you having a heart attack. Although panic attacks can often be frightening, they don't cause any physical harm. People who have had panic disorder for some time usually learn to recognise this 'heart attack sensation' and become more aware of how to control their symptoms. Most panic attacks last for five to 20 minutes. Some attacks have been reported to have lasted up to an hour. However, it's likely that in these cases one attack occurred straight after another or high levels of anxiety were felt after the first attack.

During a panic attack your symptoms can be so intense and out of your control that you can feel detached from the situation, your body and your surroundings. It can almost feel as if you're an observer, making the situation seem very unreal. This sense of detachment is known as depersonalisation. Being detached from the situation doesn't provide any relief or make a panic attack less frightening. Instead, it often makes the experience more confusing and disorientating.

CBT is effective, clinically-proven treatment for panic attacks, panic disorder, and related avoidance. Studies show that CBT is as effective as medication with better long term results.  CBT strategies include:

When the fight-flight response occurs, it’s natural to believe you are in true danger.  Fight -flight sensations can mimic symptoms of serious illness, such as heart attack, stroke,  or “going crazy,” and arise in situations that, while overwhelmingly safe, may hold a potential  for risk, such as riding elevators, flying, speaking in public. The belief (cognition) that you are in danger, even if you are in fact safe, can exert strong influence over your emotions: your fight-flight response will intensify, further reinforcing your catastrophic predictions, leading to greater fear and dysfunctional avoidance and escape.

CBT helps replace catastrophic cognitions with more reasonable, adaptive beliefs. When you start to feel panicky, It’s important to remind yourself that “this is a false alarm, I am not in danger.” The goal is to develop a nurturing, coaching inner voice, to stay grounded and effectively accept and cope with panicky feelings as the fight-flight system runs its course.