GAD is a common condition estimated to affect about 1 in every 25 people in the UK.
Slightly more women are affected than men, and the condition is more common in people between the ages of 35 and 55.

Anxiety is a feeling of unease, such as worry or fear, that can be mild or severe. Everyone has feelings of anxiety at some point in their life. For example, you may feel worried and anxious about sitting an exam or having a medical test or job interview. During times like these, feeling anxious can be perfectly normal. However, some people find it hard to control their worries. Their feelings of anxiety are more constant and can often affect their daily life. Anxiety is the main symptom of several conditions, including panic disorder, phobias, post-traumatic stress disorder and social anxiety disorder (social phobia).

GAD is a long-term condition that causes you to feel anxious about a wide range of situations and issues, rather than one specific event. People with GAD feel anxious most days and often struggle to remember the last time they felt relaxed. GAD can cause both psychological (mental) and physical symptoms. These vary from person to person, but can include feeling restless or worried and having trouble concentrating or sleeping.

How GAD is treated

GAD can have a significant effect on your daily life, but several different treatments are available that can help ease your symptoms. These include:

Do you have GAD?

Generalised anxiety disorder (GAD) can affect you both physically and mentally. How severe the symptoms are varies from person to person. Some people have only one or two symptoms, while others have many more.

GAD can cause a change in your behaviour and the way you think and feel about things, resulting in symptoms such as:

Your symptoms may cause you to withdraw from social contact (seeing your family and friends) to avoid feelings of worry and dread. You may also find going to work difficult and stressful and may take time off sick. These actions can make you worry even more about yourself and increase your lack of self-esteem.

GAD can also have a number of physical symptoms, including:

Clinical trials have found cognitive behavioral therapy to be effective for generalized anxiety disorder (GAD) compared to control conditions and other psychotherapies. Evidence from clinical trials suggests that the combination of cognitive behavioral therapy and either benzodiazepines or sertraline is more effective in GAD than the medications alone.

Cognitive behavioral therapy (CBT) is based on evidence that shows that persons with generalized anxiety disorder (GAD) engage in overestimations and catastrophizing of negative events; show limited confidence in problem solving; require additional evidence before making decisions; have a low tolerance of uncertainty, an iterative problem-solving style, worry about worry, and numerous behavioral and cognitive strategies that may actually be counterproductive and help maintain the self-perpetuating cycle of worry.

In particular, GAD is associated with judgement biases and attentional biases, such as a tendency to interpret ambiguous situations in a threatening manner, overestimate the likelihood of negative events, and over-attend to threatening stimuli, even when the stimuli are not consciously perceived. The automaticity of this pre-attentive bias is likely to lead to the experience of worry and anxiety as being intrusive.

GAD is also associated with avoidance behaviors, including excessive preparation (eg, getting to an appointment an hour beforehand to avoid being late), checking behaviors (eg, making sure the children are safe when sleeping), and procrastination. These behaviors are believed to reinforce anxiety and propagate the cycle of worry. In addition, persons with GAD may attempt to control worry by distraction. The relief from distraction, however, is likely to be short-lived, and attempts to deliberately suppress worry may serve to automatically prime the worry thoughts.

Worry may function as an avoidance behavior in and of itself, and in particular, avoidance of fearful imagery and autonomic arousal. The largely verbal, left-hemispheric act of worry is far less autonomically arousing than right-hemispheric, pictorial processing (e.g, worrying about children’s safety versus picturing them dead in a car accident). Verbal or linguistic processing of threat is associated with weaker negative affect and less autonomic reactivity than imagery based processing of the same threat. Also, chronic worry or GAD is associated with sustained restriction of autonomic reactivity, or less variation in autonomic state. By suppressing catastrophic imagery and associated autonomic activation, worry inhibits access to underlying fear. In other words, worry becomes a form of avoidance. Catastrophic images are presumed to continue to emerge periodically, in turn motivating continued cognitive avoidance in the form of worry. As a result of this negative reinforcement cycle, pre-attentive biases towards threat and further catastrophic images, with the associated drive to shift to worry in order to avoid them, are reinforced.

Also characteristic of GAD is low confidence in problem-solving abilities, partially due to worries over making the “wrong” decision. Patients with GAD prefer to acquire as much evidence as possible before making decisions, have a low tolerance for ambiguity, and engage in an iterative style of problem solving (ie, generating all possible negative outcomes) compared to nonanxious controls. Such behavioral patterns contribute to distress over decision making and general anxiety. This is compounded by the effects of continuous worry upon ability to concentrate (eg, at work), thereby impairing performance and providing additional sources of worry.

Indications — Individuals for whom CBT works best are generally highly motivated and value a problem-solving approach. CBT requires that the patient learns the skills of self-observation and of becoming a personal scientist, cognitive and behavioral coping skills, and to repeatedly practice the skills in anxiety-provoking contexts outside of the therapy setting.

Symptoms of GAD that CBT addresses are:

Imagery exposure — Imagery exposure is designed to help patients tolerate negative affect and autonomic arousal associated with fearful images that they often attempt to avoid through worry. Patients generate hierarchies of fear images related to two or three main areas of worry and are led through systematic exposure to these images. When anxiety elicited by an image is reduced to a mild level, then patients progress to the next image on the hierarchy.

Exposure to anxiety-provoking situations — This technique involves repeated exposure to situations that are avoided or engaged in with excessive preparation or checking. Patients generate a hierarchy of situations or activities. 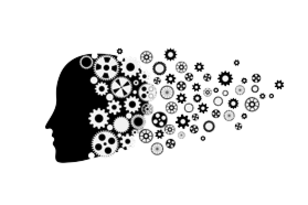